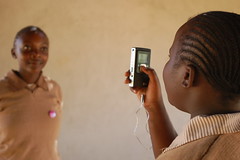 I’ve seen lots of interest from nonprofits in using video to communicate with supporters about their causes, along with an equal amount of trepidation about how to do it. I’m not a video expert, but I know several people who are, so I put out a call over Twitter for some guest posts to share with you. I’m expecting several more, but I’ll share two that have come in some far:

On Tuesday, March 10, at Noon Eastern, the Chronicle of Philanthropy is hosting an online chat on how nonprofits can effectively use video. Even if you can’t attend live, be sure to check out the transcript later.

Here are some additional resources I think you’ll find helpful:

DoGooder.Tv (Produced a video in 2008? Enter it in the annual Nonprofit Video Awards by March 26!)

Share your video tips by leaving a comment and I’ll add those guest posts as soon as they come in.

Reserve Your Copy of the 2020 Nonprofit Communications Trends Report
December 11, 2019

Unsuccessful #GivingTuesday? 3 Reasons Why You May Not Have Hit Your Goals
December 10, 2019

How to Connect Email Engagement to Your Big Goals
September 19, 2019
Subscribe Here: