Seeing Your Marketing Future in the Obama Re-Election Campaign 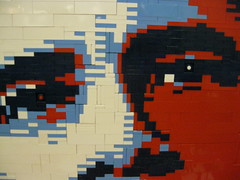 As I’ve said before, presidential campaigns are great for nonprofit marketers and fundraisers because they give us a sneak peek into how we’ll be engaging our supporters and motivating them to volunteer and donate in the years to come. The current edition of Newsweek has a very interesting description of what the Obama campaign is cooking up, including these especially noteworthy observations.

It’s All About Hyper-personalization and Targeting

If you don’t have some kind of system in place to keep track of what your individual supporters care about, this is the year to figure that out. You are going to want that information. Look at what the Obama campaign is doing (I added the bold):

“The campaign can do a much better job of “treating people like people,” according to Michael Slaby, Obama’s chief integration and innovation officer—provided it harvests the right data. Don’t ask a disenchanted Ohioan for money; woo him first. Don’t reach out to a supporter who donates $5 during the State of the Union the same way you’d reach out to a supporter who donates $5 during a Republican debate; they respond to different incentives. To figure out who each of us is, and what each of us wants, Slaby and his team are constructing a “microlistening” and computer modeling program that will comb online and off-line behavior patterns for voter information, then use it to personalize every interaction we have with the campaign: fundraising, volunteering, persuasion, mobilization.”

Need help with this? Start with Idealware’s constituent management recommendations and case studies.

Go Where Your Supporters Already Are

Rather than investing in creating its own social network, the campaign is going where everyone already is — Facebook — and leveraging all it offers for their own purposes.

“In 2008, the campaign encouraged supporters to create profiles on a social networking site called MyBarackObama.com. But while MyBO was advanced for the times, it was also weirdly detached from the actual field structure—and from Facebook, which has since become the world’s default social network. So for 2012 Slaby decided to ditch the site and start from scratch. “We’re not building a social network,” one insider told me. “You don’t need to create an account. You don’t need to upload a photo.” Instead, by logging in with their Facebook ID, volunteers get immediate access to “any tool that you can get in a field office.”

Make It Work in Mobile

You can’t ignore it . . . people are looking at your website and reading your email on something that’s often smaller than a business card.

“Last November, the campaign redesigned its website so that it would look and work the same on every platform: PC, mobile, tablet. The motivation wasn’t merely aesthetic; a site that renders properly on a smartphone makes it easier for volunteers to register new voters and call undecideds on the go, and that kind of efficiency translates into extra votes.”

Need help with this? Stay tuned! I’m excited that Tonia and Susan from TheMGen will be joining us this spring with blog posts, a free webinar, and an e-book on mobile.  Also check out Google’s How to Go Mobile initiative.

It may be many years off before your nonprofit reaches the level of sophistication described here, but it will get there eventually. Start doing what you can now, by understanding what’s happening and taking baby steps in those directions.

Make Your Comms More Meaningful with a Growth Funnel
February 13, 2020