Which is More Powerful in Messaging: Emotions or Facts? 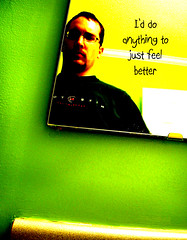 If you ask veterans of hard-fought political campaigns which matters most, what a person feels or what a person thinks about your candidate, without exception, they will tell you that heart overrules head in the voting booth. The same goes for the way we make purchasing decisions, the way people vote on juries, and  whether we support charitable causes.

Several advertising studies show the same thing. As described in Brand Immortality: How Brands Can Live Long and Prosper by Hamish Pringle and Peter Field, the UK-based Institute of Practitioners in Advertising analyzed 1,400 case studies of successful advertising. They compared the profitability boost of ads that appealed primarily to emotions versus those that relied on rational information, like statistics.  Ad campaigns with purely emotional content outperformed the rational only content by two-to-one. Ads that were purely emotional also performed better than ads with mixed emotional and rational content, though by a much smaller margin.

These results affirm what Dr. Robert Heath of the University of Bath’s School of Management found in 2006.  He found that U.S. and U.K. television advertisements with high levels of emotional content made the advertising successful, not the message itself. The emotional ads enhanced how people felt about brands being advertised. Ads with low levels of emotion had no effect, even when they were factual and informative.

So why do so many nonprofits still insist on a “just the fact, ma’am” approach to nonprofit marketing?

On Tuesday, September 29th, I’m teaching a writing workshop via webinar where we’ll look at ways to add more emotion into everyday nonprofit marketing and fundraising text to make it more effective with your supporters. We’ll also look at using both negative and positive emotions and discuss the differences in those approaches, while also exploring the different emotional buttons that successful fundraisers and volunteer recruiters most often push.

This is brand new webinar, so I hope you’ll join us on Tuesday! As always, registration is $35 a la carte, or it’s included in your All-Access Pass.

P.S. Check out the Neuromarketing Blog for more on “where brain science and marketing meet.”