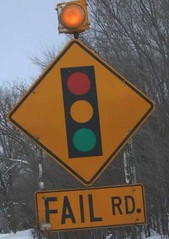 It’s time to share the results of my 2009-2010 “What I Got When I Gave” Experiment. The point of this experiment is to see what kind of communications response I get in return for unsolicited donations to national charities. This does not include the automated email receipt that I get from the payment processor; I’m looking for communication from the charity directly.

On December 9, 2009, I gave $20 donations to 10 national nonprofits I had previously never donated to by converting credit card miles into cash donations through the Capital One Giving Site. I agreed to share my email address and my mailing address with the nonprofits.

I’ve confirmed with Network for Good, Capital One’s donation processing partner, that the donations were transmitted to the nonprofits on January 15, 2010. The delay has to do with how Network for Good bundles donations and transmits them to nonprofits once a month. So, while I gave in early December, I’m considering the donation date January 15 for this experiment’s purpose. Capital One covers the processing fees, so each charity received the full $20.

First, let’s give a hand to the three groups that made the effort.

This year’s winner for “First Thank You Received” goes to Ashoka. The letter was sent on January 22. The letter is nothing special – your garden variety donation receipt form letter. It says Dear Kivi, but the signature is a blurred scan of a signature. Not fabulous content-wise, but sent within a week, so they get big points for speed.

This year’s winner for “Not Treating Me Like a Total Stranger” is the National Parks Conservation Association, because they treated the donation like a membership. The envelope says “Thank you!” in big letters and “Important membership information enclosed.”  The letter says “Dear Kivi, Thank you for Joining NPCA!” (Joining is capitalized, which I assume is a weird merge thing they should fix). The letter says I can find out how my donation is helping by visiting their website, and has a punch-out membership card at the bottom. The letter also says that an invitation to join their monthly giving program was included, but the only thing in the envelope was the letter and a plain business reply envelope. I assume the absent reply card is a mail-house mistake. I received the letter the first week of February.

The Honorable Mention goes to Girls Incorporated. They sent a plain white postcard with some generic thank-you language on the back along the lines of “‘Thank you so much for your gift . . .  on behalf of the girls whose lives you change with your support, thank you.” The only thing on the front is the mailing label. I think the card probably looked clean when it was mailed, but after postal processing, it’s all smeared and smudged. I received the postcard the first week of February.

None of these thank-you notes wowed me, but hey, at least they exist.

I also made donations to the following organizations and have not received anything in response to date:

People for the Ethical Treatment of Animals

I suppose there are lots of reasons why a national nonprofit may not acknowledge a $20 gift, some better than others. Who knows, maybe something is lost in the mail or the spam folder (although I looked there). I invite representatives of the organizations mentioned in this post to share their perspectives either in the comments or by emailing me at kivi@ecoscribe.com.

Excuse or no excuse, these results, assuming they hold true throughout the sector (and other experiments say they do), are very bad news. How can nonprofits expect to thrive off the kindness of others, when the kindness of a simple thank-you note to an unsolicited donation is too much to ask? Of course, it’s great news to those of you who are doing thank-you notes, because it means you are head-and-shoulders above your peers!

In a post I’ll publish tomorrow, I’ll talk about why every nonprofit needs to figure out how to incorporate Network for Good into its fundraising and communications plan, whether you like getting donations that way or not, and how to do that, including some tips from Katya Andresen, Network for Good’s COO. Network for Good processes payments for GuideStar, Facebook Causes, and many others. Ignoring them isn’t an option.

Next week, I’ll post some tips on how to write good thank-you notes. Here are a few earlier posts until then:

Stand Out: Write a Decent Thank You Note
Stand Out with Thank You Notes, Part II
Saying Thanks Even When It’s Inconvenient or Time-Consuming

February 23: How to Make Your Website More Interesting
March 9: Integrating Your Online and Offline Marketing and Fundraising Campaigns
March 18: On-the-Spot E-Newsletter Makeovers: Get Your E-Newsletter into Better Shape
March 23: Getting Your Nonprofit Started with Social Media

(If you want to comment on this post and are on the blog homepage, go back up to the top and click on the number to the right of the title. Annoying, I know. I’m looking into a new template.)