When Your Audience Won’t Listen 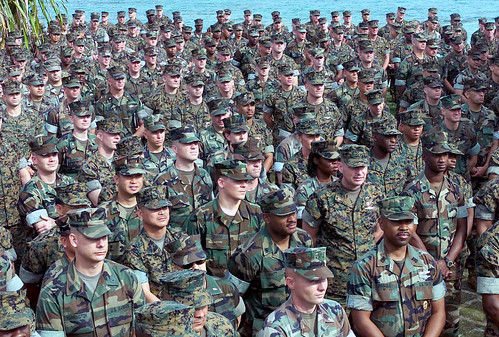 When I was in Jacksonville, NC last week, which is home to Marine Corps Base Camp Lejeune, a woman who works for a women’s center that does educational programs on domestic violence asked me this question: How can you make them listen?

She described her predicament this way. If you have a big room full of Marines, it’s pretty much guaranteed that you have some men in the room who are currently abusing the women in their lives — or are at very high risk of doing so. Yet, they are all very indignant about having to attend the training, because none of them would ever admit to hitting a woman. Statistics show, however, that Marines are at higher risk for being abusers, often because they marry and start families younger, which increases the stress that being in the military during wartime already brings.

At the same time, this nonprofit leader says she must frequently contend with a classic backlash against her message:  Military men often accuse her of being sexist by focusing on men as the abusers and women as the victims. She often sees Marines use this as an excuse to dismiss her — they are after all being told to treat women equally in the military and they don’t see why this should be any different.  While it’s true that abuse can go both ways, the fact is that men do the hitting in the overwhelming majority of cases, and if she’s going to decrease domestic violence overall, she’s smart to focus on the men.

So back to her question: How she can get this uncooperative if not downright hostile audience to listen?

Here’s what I suggested, and I hope you’ll add some additional ideas in the comments.

I believe she needs to completely reframe the problem and her call to action. Instead of feeding into the man versus woman issue, I’d make it about keeping your friends out of the brig and their partners out of the hospital. It’s simply a twist on the iconic Friends Don’t Let Friends Drive Drunk message. The military is a brotherhood, and no Marine will argue with his duty to take care of his brothers. Instead of building her presentations and messages around recognizing signs of trouble in yourself and your own family, I suggested she build those presentations around recognizing signs of trouble in your buddies, and knowing how to help a friend and fellow warrior. I think that will deflate all of those hot-air balloons constantly being tossed in her direction.

What suggestions do you have for reaching an audience that doesn’t want to listen when it’s your job to do the talking?