I get this question a lot: How often should we email? What’s too much, what’s not enough?

It’s a complicated question with lots of variables. For example, the more relevant and valuable your content is to those on the receiving end, the more you can email them. You can make your content more valuable and relevant in a few different ways, one of which is by sending the right stuff to the right people. That requires you to track information about people so that you can segment your mailing list. 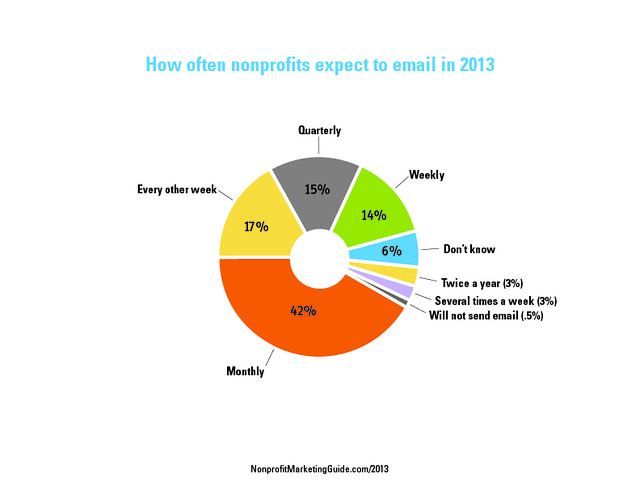 How does what you are doing compare to these numbers?