Where Focusing on Social Media ROI Fails Us 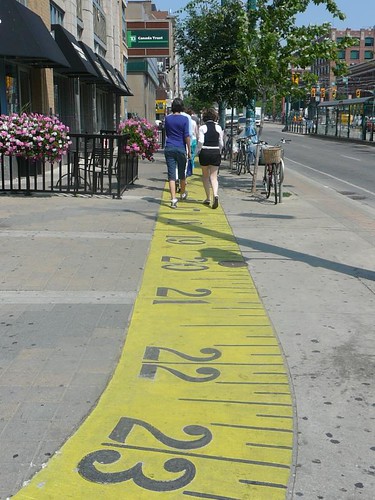 Back in June, I shared some of my favorite tips for writing Facebook and Twitter updates. In that post, I urged you to think of your social media writing goals in terms of the reaction you were looking for. Do you want someone to DO something, THINK something, or FEEL something in response to what you are putting online?

I’d argue that these three goals are all worthy of your pursuit. However, much of the current discussion and debate around social media ROI focuses on the Doing goal.

It’s easier to measure the Doing. Did they click on the link and donate, or register, or comment? But I believe that much of value of social media comes from building rapport and trust with people.

That’s what this holy grail of engagement is really all about after all. As people in free societies, we only get “engaged” to people we love, and with whom we have developed a great sense of rapport and trust. And yet even the social media tools that do offer “engagement” scores are still mostly measuring actions. If someone comments, or retweets, or forwards, then your engagement score rises. Some tools try to measure the content of those conversations, labeling the sentiment as positive, negative, or neutral, but most of those tools are too expensive for your average nonprofit to consider.

But what about making someone laugh? Or giving someone the warm fuzzies? Or making someone so mad or excited, they get up from the computer and go tell the person in the next room? There’s no way to measure that stuff, and yet it’s all incredibly important.

Don’t get me wrong. I am all for measuring where we can, and where we can truly learn something from the data that can help us improve the way we communicate. But don’t forget just how valuable some of the things we can’t measure are. It’s those things — like love, a sense of responsibility, pride, fear — that ultimately drive supporters to make donations of money or time in the first place. And they often won’t take the actions that are easier to measure until much later on the relationship timeline.

As nonprofits move toward a more integrated approach to their marketing and fundraising, measuring the real impact of any one particular channel at any given moment in time becomes increasingly difficult (and in some cases, pointless).  Don’t  use the lack of good tools to measure emotional ROI as an excuse for your nonprofit to avoid using social tools. That would be a bigger mistake than not measuring anything at all.

Want More Help with Getting Supporters to Do, Think and Feel via Social Media?

On Thursday, January 20, 2011, I’m teaching a webinar called Writing for Social Media. I hope you can join us.